TenneT COO Tim Meyerjürgens said: "Building on our extensive experience in the construction and operation of offshore grid connections, our conceptual and technological innovation for a six-gigawatt hub demonstrates a way to significantly accelerate the achievement of ambitious climate protection targets. We see this as an offer also for the German government coalition negotiations currently underway, which, as we know, are seeking a boost for the expansion of renewable energies in Germany. At the same time, we are laying the foundation for a sustainable interconnection of the direct current grid. In this way, we are sustainably increasing efficiency as well as security of supply and making an important contribution to the intelligent coupling of offshore wind with electrolysers to be built close to generation and the gas grid."

Olaf Lies, Lower Saxony's Minister of Energy and the Environment, said: "The key role of offshore wind energy for the energy and climate goals becomes even clearer when we look at the cross-sectoral implementation of the energy transition - i.e. also the energy needs to be met by renewables outside the electricity sector. This will not be possible without green hydrogen and the green electricity it requires. In addition to the role in energy and climate policy, there is also the importance in terms of industrial and employment policy - for northern Germany, but also far beyond. Together with our neighbouring federal states, Lower Saxony has the chance to become the gateway for offshore energy for the whole of Germany. In order to be able to decisively use the opportunities of hydrogen technology in the sense of a sustainable energy supply for the local industry and business location, we must already create the technical prerequisites today and therefore also initiate a significant step in grid planning in the direction of a future-oriented, cost-efficient and internationally connected direct current grid. In view of the recent stagnation in the expansion of offshore wind energy, we also need approaches like this that allow us to pick up the pace again. Because time is otherwise running out. Preparing for the future multi-terminal deployment would also have direct benefits in Wilhelmshaven by requiring less space for the planned projects on site."

"The concept presented to accelerate the expansion of offshore wind energy use while saving power lines is a building block in the right direction. We need to come up with a viable target concept as soon as possible on how we want to expand our infrastructure by 2045," said Schleswig-Holstein's Minister of Energy Jan Philipp Albrecht. "And we have to start planning for this today. We want a European energy transition and this includes a European system interconnection that includes not only electricity but also the production and transport of green hydrogen. We will take an integrative, interconnected approach and build strong future-proof energy infrastructures in the centre of Europe."

Kristina Vogt, Bremen's Senator for Economic Affairs, Labour and Europe, said: "The commitment to renewable energies and in particular the increased expansion of offshore wind energy to achieve climate targets has long been one of my core concerns. The concept presented to accelerate the expansion of offshore wind energy is an excellent example of how this expansion can be achieved more quickly with creative ideas. As an industrial location with a significantly higher electricity demand in the future, the state of Bremen will benefit directly from this. Greenhouse gas emissions can be reduced and value creation and jobs secured at the same time."

The concept at a glance

With the wind power booster concept, TenneT is proposing very specific measures that will make it possible to integrate six gigawatts of offshore wind power into the power grid as early as 2032, instead of 2035, i.e. three years sooner than previously envisaged in the grid development plan, in a first step. The concept consists of the following building blocks:

TenneT is responsible for the construction of around 17 of the currently planned 20 gigawatts of offshore transmission capacity in the North Sea and Baltic Sea by 2030. With the proposed expansion path for a further six gigawatts by 2032, which was previously not planned until 2035, Germany's offshore expansion targets can be significantly increased in the short term and thus contribute to accelerated implementation on the path to climate neutrality.

In order to achieve the European climate targets, the expansion of offshore wind energy in the North Sea must be planned across national borders in the long term. What is needed is a North Sea offshore grid that connects the riparian states. This is particularly important for Germany, as the German offshore wind potential will not be sufficient to achieve the German climate targets by 2045. The interconnection of several offshore connections from different states increases efficiency, security of supply and creates new European electricity trading capacities. The modular  concept of the LanWin hub enables, for example, interconnection with the Danish "energy island" and, in the future, with other North Sea countries. This distribution hub would be established in the LanWin area of the German Foreign Economic Zone in the North Sea, around 150 kilometres off the German coast.

Until now, offshore wind farms have always been connected to the onshore electricity grid by point-to-point connections. In order to achieve Germany's and Europe's ambitious climate targets, it is necessary to establish an internationally meshed direct current grid at sea and on land in order to transport more energy through the planned direct current lines on land. At the offshore grid interconnection points near the coast, in addition to decarbonising energy-intensive processes, intelligent sector coupling with planned electrolysis projects as well as with the gas infrastructure and the feed-in of onshore wind energy is planned.

In order to supply private consumers, industry and planned electrolysis projects with offshore wind energy, as well as to enable a direct connection with continuing direct current lines on land, the three offshore connections will land close to the coast in Heide (Schleswig-Holstein), Wilhelmshaven (Lower Saxony) and in the Bremen area. The wind power booster concept provides relief for the need for space and land in the coastal regions and at the same time offers new opportunities for the industrial clusters located there. Each of these three areas is to be integrated as a wind power booster with a two-gigawatt connection.

TenneT has already realised 14 offshore grid connections in the Netherlands and Germany and thus operates more than half of the offshore grid connection capacity in the EU. TenneT uses the know-how it has developed in this way to the advantage of new projects. For the LanWin hub, TenneT is relying on its innovative two-gigawatt standard for direct current connections, supplemented by further technological developments for the wind power booster concept. The new standard aims to further reduce the costs of offshore grid expansion and minimise spatial and environmental impacts.

Supporters of the TenneT initiative

Numerous companies from industry and the energy sector as well as industry associations support TenneT's initiative to accelerate the realisation of offshore expansion targets in the North Sea. TenneT is using the wind power booster concept: the construction of modular wind power hubs at sea and on land is combined with grid-serving locations that are suitable for industry. The aim is to link solutions for decarbonising energy-intensive processes in industry and for the smart coupling of wind energy with hydrogen with the creation of an international network of direct current lines. In addition, the direct interconnection of several offshore connections from different countries increases efficiency, security of supply and creates new European electricity trading capacities. 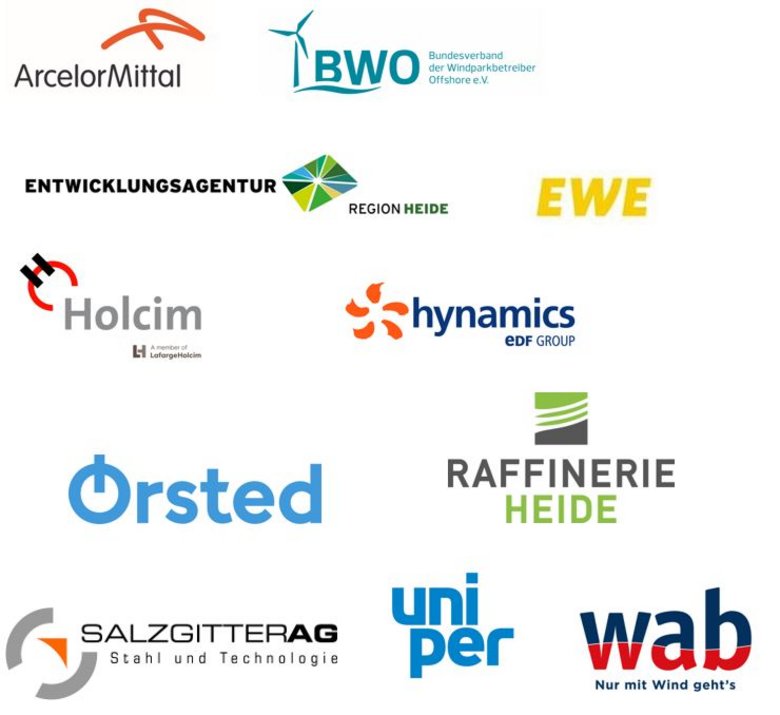