Arnhem, The Netherlands – During 2015 TenneT delivered very high grid reliability again, in combination with a robust financial performance. Despite a rare and regrettable power outage in the Netherlands on 27 March 2015, which affected a large part of the province of Noord-Holland and a small part of Flevoland, overall grid availability remained high at 99.9975%.

TenneT CEO Mel Kroon commented: “A power outage like this demonstrates how much we have come to rely on the electricity grid. It is important to invest effectively and efficiently in high voltage grids that are needed in a society that is increasingly based on the use of electricity. We will continue to work hard and to invest to maintain the quality of our existing grid as well as to be able to transport large volumes of renewable energy from new sources.”

TenneT also made great strides in 2015 further integrating the Northwest European electricity market and enabling the transition to a renewable energy future. The Dutch government intends to appoint TenneT to design, build and manage an offshore grid on the North Sea that will make 3,500 MW of renewable wind energy available for the Netherlands by 2023. In Germany, TenneT installed five new direct current (DC) offshore connection systems bringing available capacity for transporting wind energy generated at sea to 4,300 MW – powering millions of households with green electricity. By 2019, TenneT expects to have completed 7,100 MW of offshore connection capacity, exceeding the German government’s target of 6,500 MW of installed offshore wind energy capacity by 2020.

In addition, during 2015, TenneT played a leading role in making more cross-border electricity transmission capacity available to the market, using a mechanism called flow-based market coupling, bringing electricity prices across Europe closer together. Two new int*erconnector-projects started development to connect Germany to Norway (NordLink) and the Netherlands to Denmark (COBRA cable) for greater security of supply and to allow for more distribution of renewable energy in the Northwest European area.

*) Contrary to IFRS 'underlying' figures reflect regulatory assets and liabilities in connection with TenneT’s regulated activities whereas IFRS does not allow this. This implies that amounts resulting from past events and which are allowed or required to be settled in future grid tariffs are reflected separately.

TenneT CFO Otto Jager commented: “Our financial performance is in line with the growth in our asset base. We have a stable basis to finance our investment portfolio the coming years, through debt from institutional investors and equity from retained earnings. On the Dutch side, we expect part of the required financing to be provided by a capital contribution from our shareholder within the coming years.”

The good results achieved in 2015 will benefit TenneT’s shareholder, the State of the Netherlands as represented by the Ministry of Finance. In financial year 2014 TenneT already distributed a dividend of EUR 116.5 million and at EUR 196 million the dividend for 2015 is considerably higher still. From 1999 to 2015, dividends from TenneT to the State of the Netherlands total EUR 759 million.

TenneT’s underlying revenue rose from EUR 2,315 million in 2014 to EUR 3,290 million in 2015, mainly driven by the growing asset base due to investments. Particularly TenneT’s investments in Germany contributed positively to revenue, as the German regulatory framework provides for an immediate return on invested capital during the construction phase.

Underlying EBIT increased by EUR 350 (+48%) million to reach EUR 1,075 million in 2015. Excluding special items, underlying EBIT increased by EUR 108 million (+18%) to EUR 704 million, reflecting the growth in TenneT’s asset base. Special items for 2015 included the reversal of an earlier impairment due to a favourable decision by the Dutch administrative court related to regulation applicable to TenneT, the release of offshore provisions, as delays and interruptions of offshore connection systems have become less likely, and reimbursement of offshore operating expenses in excess of actual costs incurred, as not all of TenneT’s offshore links were fully operational yet in 2015.

In 2015 TenneT’s investments in tangible fixed assets amounted to EUR 2,405 million, of which EUR 473 million in the Netherlands, EUR 1,460 million in grid connections for offshore wind farms, EUR 466 million in the German onshore grid and EUR 6 million in non-regulated activities. This level of investment also explains the increase of the net interest-bearing debt position by EUR 1,536 million to EUR 5,703 million in 2015.

TenneT was the first non-financial company in the Netherlands to issue EUR 1 billion of so-called ‘green bonds’. With this TenneT has successfully introduced a new form of corporate fundraising. The initial offering was twice oversubscribed and has the potential to develop into an extensive multi-billion euro programme for financing investments in renewable energy projects. The European Investment Bank (EIB) also invested in TenneT’s renewable energy projects, and extended a EUR 500 million loan to TenneT to finance the SylWin1, HelWin1 and DolWin1 projects. In total, the EIB has EUR 1.2 billion of commitments to TenneT.

In February 2015 TenneT concluded an agreement with Germany’s KfW bank concerning a joint investment in the German section of the NordLink interconnector. KfW is investing EUR 500 million of equity (representing a 25% stake) in this subsea electricity connection between Germany and Norway. Norwegian TSO Statnett is responsible for financing the Norwegian section of NordLink (50% stake). TenneT has previously entered into successful partnerships for the financing of German projects with Mitsubishi Corporation (2012 and 2013) and Pension Denmark (2014), with a total equity commitment of EUR 960 million.

Innovation is essential to the development of a future-proof, reliable, robust and efficient electricity supply system. In response to society’s demand to install more high-voltage lines underground, TenneT is planning a pilot project in the city of Enschede involving an underground superconducting 110 kV cable. This High-Temperature Super Conductor (“HTSC”) is capable of transporting up to five times more electricity than conventional cables, and will be installed over a length of 3.4 kilometres. The project will be a world first: a section of superconducting cable of this length has not yet been installed anywhere else in the world. With these superconducting cables, it should become easier in future to integrate high-voltage lines in urban areas.

For new high-voltage connections like the Randstad 380 kV North Ring, South-West 380 kV, North-West 380 kV and Doetinchem-Wesel, TenneT will continue to use so-called Wintrack pylons. This innovative pylon design was developed in-house and produces a much smaller magnetic field while allowing for more effective integration into the landscape. The Randstad 380 kV North Ring project will include a nearly 10-km-long section of underground 380 kV cable, as was also the case in the already completed South Ring.

Furthermore, TenneT is examining the possibilities for electricity storage using batteries, which would increase the flexibility and efficiency of the power grid. TenneT and The New Motion are utilizing the charging systems of thousands of electric vehicles to contribute to the stability of the grid. The increase in the feed-in of electricity from renewable sources like wind and solar energy requires more frequent adjustments to maintain the energy balance. At the same time, the growing share of ‘green’ electricity in the overall supply demands new solutions to cope with fluctuations in the electricity grid. TenneT is also investigating other options for large-scale electricity storage using batteries.

In the coming ten years, TenneT expects to invest approx. EUR 22 billion in onshore and offshore electricity infrastructure. Extra capacity will relieve grid congestion, for example on windy days, and will transport energy further afield to where it is needed. It will ensure a steady supply of renewable energy across Europe in general, and in TenneT’s markets in particular, and cause further convergence of electricity prices among the different European countries, ultimately making electricity cheaper for end users.

In the Netherlands planned investments include maintenance of the existing onshore grid as well as onshore expansion to accommodate larger and more volatile electricity flows. The most prominent projects are the North Ring of the Randstad 380 kV connection, the South-West 380 kV and North-West 380 kV connections, and the upgrade of the national 380 kV ring. In addition, TenneT is continuing according to plan with its preparations for the realization of an offshore AC grid in the Dutch sector of the North Sea, under the Offshore Wind Energy Act of 2015, targeting 3,450 MW of offshore wind capacity to be operational by 2023.

In Germany TenneT is investing in onshore AC infrastructure and offshore DC grid connections. The German onshore high-voltage grid is undergoing considerable expansion with a view to the energy transition (Energiewende). New or upgraded electricity connections are required to accommodate the strong growth in renewable energy generation, frequently at non-traditional locations. Over twenty large projects are currently in the planning or implementation phase. In addition, TenneT is currently planning two first of a kind DC connections on land to secure the power supply in southern Germany in the future.

More information about TenneT may be found in our Integrated Annual Report 2015, which is published at annualreport.tennet.eu. A shortenend version in Dutch is available at jaarverslag.tennet.eu. 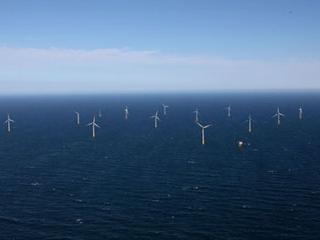