In a broad-based pilot project "Bidirectional charging management - BDL", the transmission system operator TenneT is investigating technological solutions to use the intelligent bidirectional charging control of electric cars for grid stability. TenneT is working together with partners from the automotive industry, charging infrastructure, energy industry and science. The project, which was launched in 2019, has now entered the important test phase with the handover of 20 test electric vehicles - BMW i3s - to customers. A further 30 vehicles will be handed over to commercial users over the next few weeks. This will link electric vehicles, charging infrastructure and electricity grids with a holistic approach in such a way that regeneratively generated energy is promoted in an increasingly complex energy system while maintaining security of supply at the highest level.

TenneT has already been driving various initiatives in the field of electric mobility for years with partners such as BMW and Nissan, which are investigating how the charging strategy of electric vehicles can be intelligently coordinated with the utilisation of the electricity grid and the availability of renewable energy. "We are interested in finding new ways to flexibly control renewable electricity production, which is highly dependent on the weather, and thus relieve the burden on the electricity grid. Intelligent charging control of electric vehicles can complement grid expansion and become one of the building blocks of the energy transition," said TenneT COO Tim Meyerjürgens. "And at the same time, of course, we also want to give the owners of electric vehicles the opportunity to contribute to the successful implementation of the energy transition as active customers."

In the future, electric vehicles with their battery storage systems could be used for so-called system services, which today are mainly provided by conventional large-scale power plants. These include the balancing of transport bottlenecks in the electricity grid and frequency deviations. Because more and more conventional power plants are being switched off as the energy transition progresses, TenneT is also investigating in the BDL pilot project how new flexibility options below 100 kilowatts - including electric vehicles - can be integrated into the system service processes and markets in the future.

An important development here is the Equigy Crowd Balancing Platform. With it, TenneT, in cooperation with a number of other European transmission system operators, has created the prerequisite for electric vehicles to be easily and cost-effectively integrated into the system service markets.

About the BDL Research project

The ability to charge bidirectionally enables electric vehicles, when connected to a charging station or wallbox designed for this purpose, not only to absorb electrical energy, but also to feed it back into the power grid in the opposite direction. The batteries of the electric vehicles thus become mobile energy storage units that can also deliver electricity when needed. Such an integration of as many electric vehicles as possible into the power grid requires a variety of innovations in the areas of vehicle technology, charging hardware, charging management and communication interfaces to the energy industry stakeholders as well as with regard to legal framework conditions.

These were developed by the participating partners in the first phase of the BDL project. In addition to the consortium leader BMW Group and the transmission grid operator TenneT, the distribution grid operator Bayernwerk Netz GmbH (both grid operators: energy system services), KOSTAL Industrie Elektrik GmbH (development charging hardware), KEO GmbH (software supplier for connecting customers to the energy providers), Forschungsstelle für Energiewirtschaft e.V. and Forschungsgesellschaft für Energiewirtschaft mbH (both: FfE, research on power system and grid feedback & measurement data evaluation), Karlsruher Institut für Technologie (KIT; research on electricity market and grid repercussions) and the university of Passau (user research) are involved. The research project under the auspices of the German Aerospace Center (DLR) is funded by the Federal Ministry for Economic Affairs and Energy and is scheduled to run for three years.

With the delivery of the test vehicles to private and commercial users, the testing of the technology package previously developed by the participants now begins in everyday life. This essentially consists of the technology in the vehicle and backend (BMW), the intelligent wallbox (KOSTAL) and the networking of the electric vehicle, wallbox and electrical installation of the customer building with the electricity grid (Bayernwerk, KEO and TenneT). In the first phase, self-consumption from the power generated by the users' own photovoltaic system will be optimised. In the second phase, "vehicle to grid" functions are added, with which users can participate in new business models for energy trading and electricity grid stabilisation. In a third phase, users with electric vehicle fleets will be added. These will use the vehicles as short-term storage to avoid power demand peaks in the daily load profile. 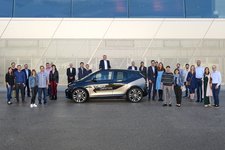 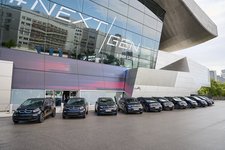 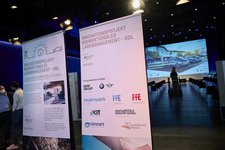 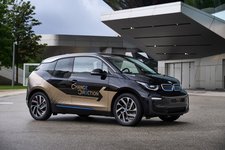 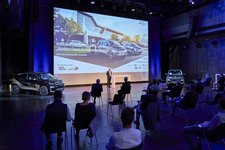