Thought-outl till the last detail

TenneT transports the wind power generated far out at sea efficiently and almost loss-free on land. To this end, the transmission system operator uses powerful technology at sea and on the mainland. In addition to converter stations, special transmission cables play an important role. TenneT lays three different types of cables: sea, watt and land cables. They can transport large quantities of clean energy over long distances and reliably connect the offshore wind farms to the power grid on land. It makes a difference how far a wind farm is from the coast. Depending on the distance, the wind power is connected using three-phase or direct current technology.

For offshore wind farms with low transmission capacities, three-phase current technology is generally used. Three-phase current is a three-phase alternating current for higher electrical powers. The advantage of this technology: wind energy is transported most efficiently over short distances, both technically and economically. The electricity is fed directly via a sea and land cable to the nearest grid node. Here it is transformed to the correct voltage level of the extra-high voltage grid (380 or 220 kV) and from there fed directly into the transmission grid of TenneT. 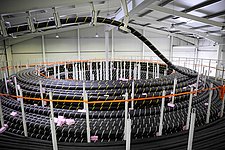 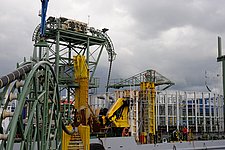 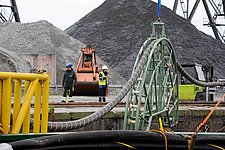 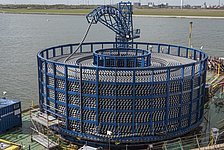 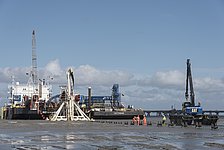 TenneT uses high-voltage direct current (HVDC) transmission for offshore wind farms far from the coast. The HVDC cable system is operated with a voltage of 320 kV. It consists of two cable harnesses, a positive and a negative pole, which are laid parallel and close together. Compared to three-phase current technology, HVDC can transport significantly larger amounts of electricity over long distances with only one pair of cables. In addition, the transmission losses are lower. Thus, a standard grid connection system can transmit up to 900 megawatts of power and connect several wind farms. 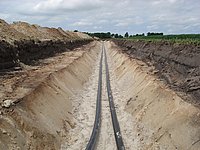 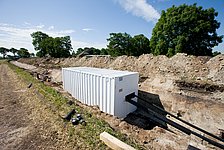 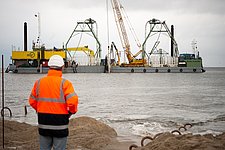 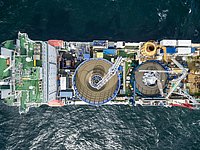 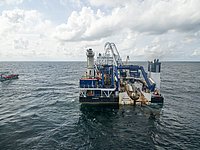 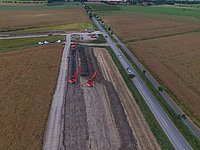 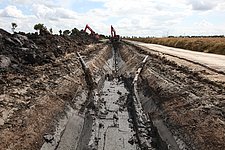 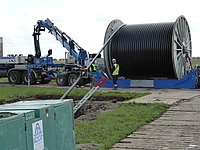 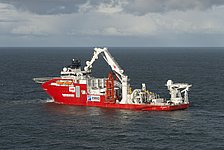 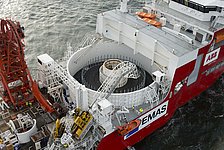